How to Recognize and Avoid Flood Damaged Cars

When you buy a used car you probably think about the possibility of accidental damage. Perhaps paint on the fender doesn’t quite match that on the door. Maybe the plastic on one headlight is a little clearer than the other.

Providing repairs have been made professionally these things shouldn’t put you off, although you may try negotiating a lower price. But what about flood damage?

What water can do to a car

Flood damage is expensive to repair, so vehicles that have been flooded are often totaled by their insurance companies. Many will then be repaired and resold. Such vehicles should be identified as such on their title but some less scrupulous sellers avoid this. That’s because flood damage takes a big bite out of the value of a car. Quite simply, most car buyers don’t want a vehicle that’s been immersed in dirty water, and for very good reason.

There are three scenarios to consider. Think of them as Bad, Worse, and Dreadful. Bad is when the water rises around a parked car. It gets into the passenger compartment, soaking carpets, seats, and electronics. It fills the engine bay, diluting or washing away lubricating oils and replacing them with dirt and grit. And it can get into the braking system, fuel tank, and fuel lines.

Worse is when the vehicle was driven into floodwater. This happens a lot with flooded underpasses. The driver plows through what looks like a few inches of water, only to find that it’s much deeper. Water gets drawn through the intake system and into the engine. Unlike the fuel and air mixture the engine expects, water is incompressible, so as the pistons rise in flooded cylinders the engine locks solid, often sustaining severe damage in the process.

Dreadful is when the flooding is from seawater. While the immediate damage is the same as for river or rainwater, saltwater is far more corrosive and the long-term consequences even more destructive. If carpets and upholstery aren’t replaced after sitting in water they’re liable to develop mildew. Components that need lubrication – suspension parts and door hinges for example – will likely suffer rapid wear. Brake fluid absorbs moisture that boils when the brakes get hot. And an engine that’s flooded and locked will need a complete rebuild or replacement.

More insidious though is the effect of corrosion. Exposed screws will rust quickly. Silt in the bottom of doors makes a wonderful breeding ground for rust, and most serious of all, circuit boards will corrode. This leads to all kinds of electrical problems, like windows, fans, and CD players that won’t work, or airbags that trigger for no apparent reason. (That last one can be nasty!)

Spotting flood damage on a car

If you live in an area that was hit by a storm or hurricane – Sandy and of course Harvey are the most recent examples – it should be obvious that you need to look for flood damage. But living outside of Texas, New York, or New Jersey, doesn’t put you in the clear.

Rivers can burst their banks and underpasses fill with water anywhere, plus, cars from those recently flooded areas may be taken out of State to be sold.

Just because you’re in Michigan or Ohio, doesn’t mean a car flooded by Harvey can’t make its way to you. And don’t forget that new cars at dealerships can get flooded too!

When a flooded car has been repaired the damage is often hard to spot. My article on “How to Avoid Buying a Flood-Damaged Car” goes into a little more depth. However, here are three things you can do immediately to protect yourself.

3 steps to protect yourself from buying a flood-damaged vehicle:

Let’s take a deeper dive into these, (if that’s not too watery a metaphor!)

There are several commercial services you can go to. If the vehicle you’re looking at was ever totaled these should have a record. They will sometimes also tell you if a vehicle was registered in an area that suffered flooding.

Just having an address in an area that flooded, doesn’t tell you if the car was immersed though. it’s always possible that the owner moved it to higher ground before the water arrived.

Which company is the best?

With several used car history report services online it can be difficult to decide which one will give you the most value for your money. I’ve personally pulled thousands of history reports in my car career. These companies can be broke down into two categories:

I’ve used many of these online services in my dealerships to protect myself, the dealership, and my customers from buying an unreliable car. Reviewing a used car’s history report is not a requirement.

However, it should be yours with the rise of unethical practices within the car industry. It’s becoming more important when uncovering underlying problems not visible to the naked eye.

Who I believe is the best value for the money

Most companies only allow you to buy one report at a time or they will sell you a small package of just 3-5 reports. This will limit you if you’re browsing several vehicles at one time.

We recommend AutoCheck Vehicle History Reports, they are an Experian company. You may have not heard of them because they don’t advertise like the others. Most major auto auctions and lenders use AutoCheck over their competitors because of how accurate they are in disclosing vehicles that have been rebuilt or branded with frame damage. We highly recommend the “Multiple Reports Package” which allows you to run 25 vehicle history reports for 21 days. Not only will this let you know if the car has been reported as a branded title. It will give you more than enough time to research and compare as many vehicles as needed so you can make a good buying decision. If you believe you will need to run more reports, you can opt for the Unlimited Package which allows you to run unlimited reports for three weeks.

With the AutoCheck’s Multiple Report plan you can even run history checks from your Smartphone, tablet, or iPad while you’re on the dealer’s lot looking at vehicles.

Another option is The National Motor Vehicle Title Information System (NMVTIS). Run by the Department of Justice, for a small fee, this should indicate whether a vehicle has been in a flood. However, as stated above, you get what you pay for. You may not get all the information readily available as you would find on an AutoCheck report.

None of these systems are infallible though and a vehicle can slip through, (or more likely, for a shady repairer to duck the system.) For this reason, a thorough inspection is always advisable. Read my complete guide on used car vehicle history reports. Professional inspection by a certified technician

For a fee, a certified mechanic will inspect the vehicle you’re thinking of buying. You can find inspection services online: just make sure they are reputable and qualified!

Before deciding whether to spend money on an inspection or a history check, take a good look at the vehicle. Any musty odor should be an immediate red flag, but so too should an interior reeking of air freshener. Ask yourself what that’s hiding!

Flood water carries a lot of dirt and debris, and it’s very difficult to get this out of every corner. Check the nooks and crannies in the trunk (lift any carpet for a better look,) and also under the hood. While you’re poking around, look for any rusty screw heads. These get some corrosion protection at the factory but it’s not enough to ward off the effects of flooding, especially in saltwater.

Two other points to check are the light clusters and the drain plugs in the floor. With the lights, depending on how high the water reached, there may be a watermark on the plastic lenses or the reflectors. Drain plugs are put in when the car is painted at the factory and are sometimes visible from underneath. It will be obvious if they’ve been removed at some point to let the water run out.

When floodwater recedes there are a lot of calls to insurance companies. it’s estimated that a quarter-million vehicles were scrapped after Superstorm Sandy, and projections for Harvey losses are currently hovering at about a million. That means a lot of flood-damaged vehicles could find their way onto the used car market over the coming months.

Flood water does a lot of damage to cars and trucks. While a flood-damaged vehicle will probably be sold cheaply it will have problems in store for the next owner. Not checking for signs of water damage could be a very expensive mistake.

Be a smart car shopper

The number one tip for saving the most money when shopping for a new or used car is to always, “DO YOUR HOMEWORK FIRST!” For more hints and tips on navigating the new and used car buying process, spend a little time upfront before beginning your car shopping journey by browsing through my 100% free online car buying guide – AutoCheatSheet.com.

As always, I recommend using an online referral service such as Ryde Shopper or Motor Trend before visiting a car dealership. Their free online price quotes will automatically include any discounts or cash-back incentives currently available in the marketplace. 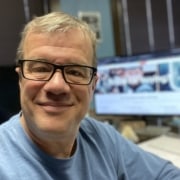 My name is Carlton Wolf and I have been in the retail and wholesale car business for well over 20 years.  I created the Auto Cheat Sheet to better educate buyers on the deceptive sales practices found in many dealerships across the country.  Please understand, not all car dealers are dishonest. However, you never know who you will be dealing with.

I’m willing to share my knowledge and experience with anyone willing to listen.  Please understand that I’m a car guy, not a writer. How Much Car Can I Afford?
Scroll to top